It’s pretty easy to believe that every piece of garbage we throw in the bin, ” is taken care of ».

90% of debris which remains in the oceans comes from continent sources, and 80% of that is plastic waste… Around 8.8 million tons of plastic are being dumped into the ocean every year… It’s time to realize we are facing a seriously alarming ocean trash problem!

The photos feature heung Sha Beach on Lantau Island and Stanley Beach on Hong Kong Island which have been the principal victims of what we are calling a ” garbage tsunami ». Tens of thousands tons of plastic waste washed ashore. These beaches now have the reputation of being one of the world’s biggest coastal trash bins. More than 15 000 metric tons of marine debris were picked up from coastal areas surrounding these beaches last year. According to the Environmental Protection Department, the source of all this waste isn’t known, however, China has been mentioned to be the principal origin of this massive wave of trash. If no country takes responsibility of reducing the amount of plastic entering the oceans every year, this will become the norm. We need to be so much more aware, then we are now, that it takes 1000 years for plastic to vanish and there is already 270 000 tons of it floating on the ocean’s surface!! 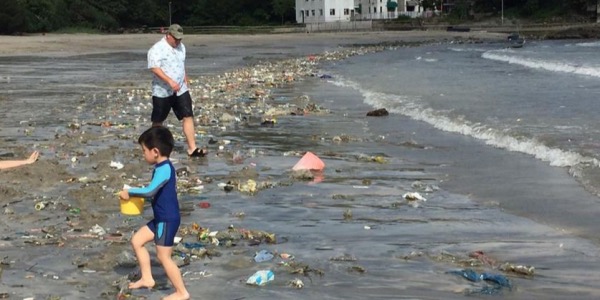 At Hemp Eyewear, we truly think that cutting down our everyday plastic uses is possible. Using hemp instead of plastic is definitely a good alternative to stop the amount of waste directly at the source. Also, removing plastics from our lives doesn’t mean sacrificing our comfort, hemp material can be turned into a wide range of daily products (such as food, paper, fashion apparel and sunglasses